It is a great privilege and a pleasure to be co-running a session with archaeologist Lesley McFadyen at his year’s TAG conference at the Institute of Archaeology, UCL. Lesley was my PhD examiner 3 years ago and we’re beginning to do some interesting work together: back in February, for example, Lesley organised an event at UCL called Archaeology – Drawing – Architecture which I posted about here.

TAG is the annual Theoretical Archaeology Group conference which I have presented papers at twice before and which I love: there is a real sense of excitement at these somewhat, but far from exclusively, research student-orientated events, but also a curiosity and deep generosity towards my ‘interdisciplinary’ status. Architecture and archaeology are of course, and as I’ve written about elsewhere, ‘cousin’ disciplines.

Lesley and I wrote this about our TAG session:

Ok, so the session ‘poster’ shows a photograph not a drawing, but archaeology and architecture, and the intertwined roles of drawing and time in those disciplines are central to our interdisciplinary interests and this photograph which I took looking along Dingwall Road in Croydon towards the skeletal cores of HTA Design’s 44 storey modular apartment building, brought to mind Robert Smithson talking about ruins in reverse. In A Tour of the Monuments of Passaic, New Jersey  Smithson writes “that zero panorama seemed to contain ruins in reverse, that is – all the new construction that would eventually be built. This is the opposite of the ‘romantic ruin’ because the buildings don’t fall into ruin after they are built but rather rise into ruin before they are built. This anti-romantic mise-en-scene suggests the discredited idea of time”.[1]

Below is a later photograph – the ruins are definitely ‘rising’.

The cut-off date for paper submissions, by the way, is 2nd September – we’d love to hear what you have to say. 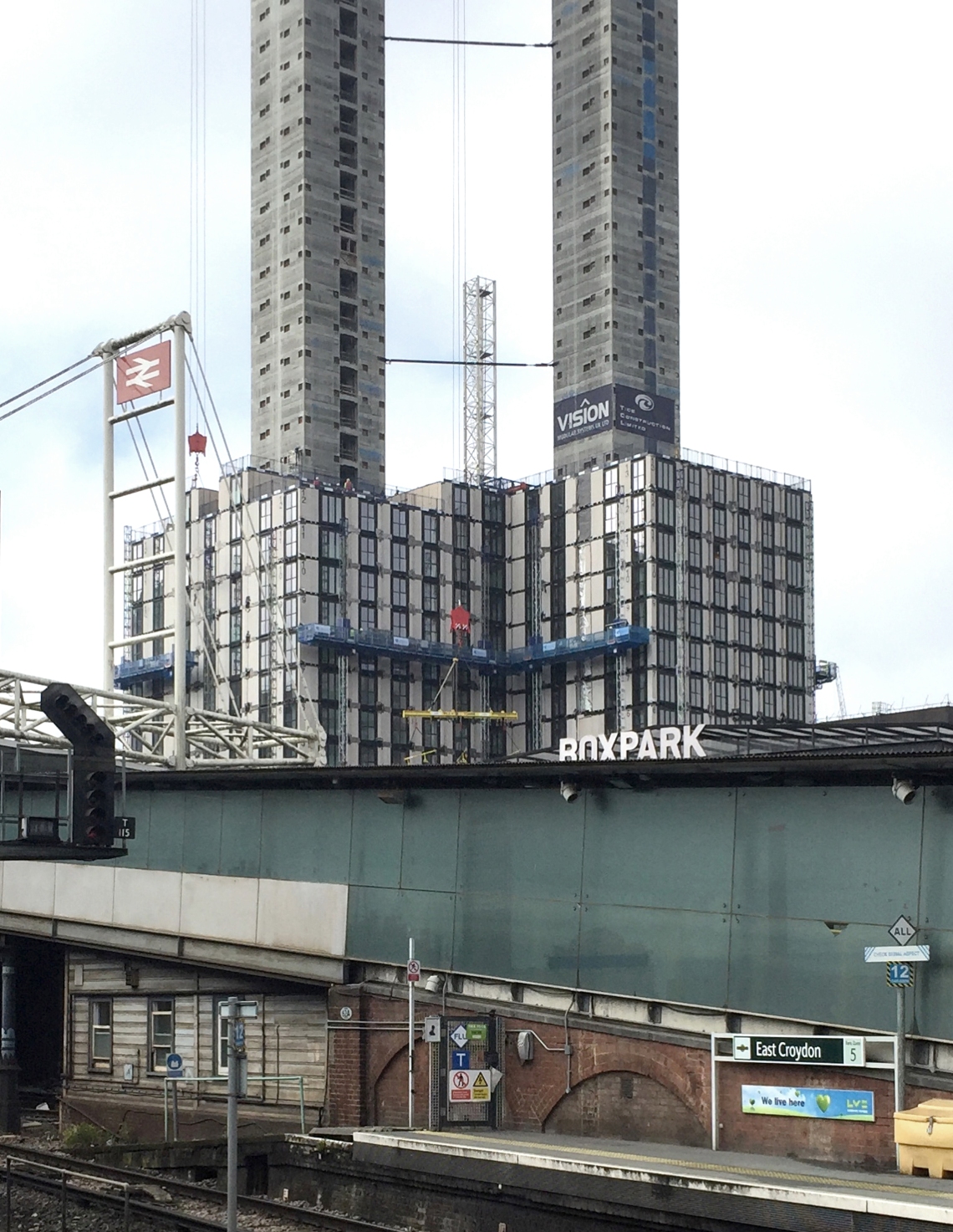