As part of the Radical Futures Housing Forum at the University of Brighton my colleagues Tilo Amhoff and Luis Diaz organised an event called Imagining the Future of Housing in Brighton (Fig.1). It consisted of some brief papers, some robust debate (Fig.2) and some workshops. I ran one of these workshops and called it ‘Tracing the Commons’.

Fig.1. Imagining the Future of Housing in Brighton

Fig.2. Michael Howe and Rebecca Searle have a polite disagreement.

My workshop considered the space of Mithras House (where I teach) car park and the proposed student housing which will soon be taking it over.

In an attempt to accommodate the different comfort levels of possible participants, the workshop consisted of two activities: those happy to go outside were encouraged to make quick marks on a 10m length of decorators’ lining paper in an effort to record a fragment of the car park before it is built over (Fig.3 and 4), and those more comfortable with analysing architectural plans, did so (Fig.5).
In general we asked, what if the car park is a form of commons? – and what in the proposed student housing could or should be a form of commons?

Some definitions, theories and questions:

1. Common Land
Traditionally land owned by the Lord of a manor over which select ‘commoners’ had rights to periodically take various resources of set quantities for themselves.

Today it is often land which was registered under the Commons Registration Act 1965 and which may not even have been considered ‘common’ historically.

2. Commons
The notion of co-operative ownership, common rights, shared space and ideas set against hierarchies of ownership and control. It is “at once a paradigm, a discourse, an ethic, and a set of social practices”[1]

3. Commoning
The act of making a ‘commons’: “a dynamic, evolving social activity – a commons consists not just of a resource, but of a community that manages a resource by devising its own rules, traditions, and values.” (Bollier 2014)

a. Res nullius and Res communis
“that which belongs to no one but which may be appropriated”[2]
For example, a fish swimming in the ocean.

“something that is owned by many people and can be used by all but appropriated by none,”[3]
For example, the ocean itself.

b. The Tragedy of the Commons
Garrett Hardin argued that people will always take more out of the commons than those commons can sustain.[4]

d. A Common treasury for all
“all the Commons and waste Ground in England, and in the whole World, shall be taken in by the People in righteousness, not owning any Propriety; but taking the Earth to be a Common Treasury as it was first made for all’[6]

This workshop considers the space of Mithras House car park and the proposed student housing.

i. In an entirely ‘owned’ environment, what is common space? – what could or should it be?

ii. If housing is a form of commons what is the place of individuality and privacy?

iii. If something common is ‘enclosed’ can it be recovered; re-commoned? 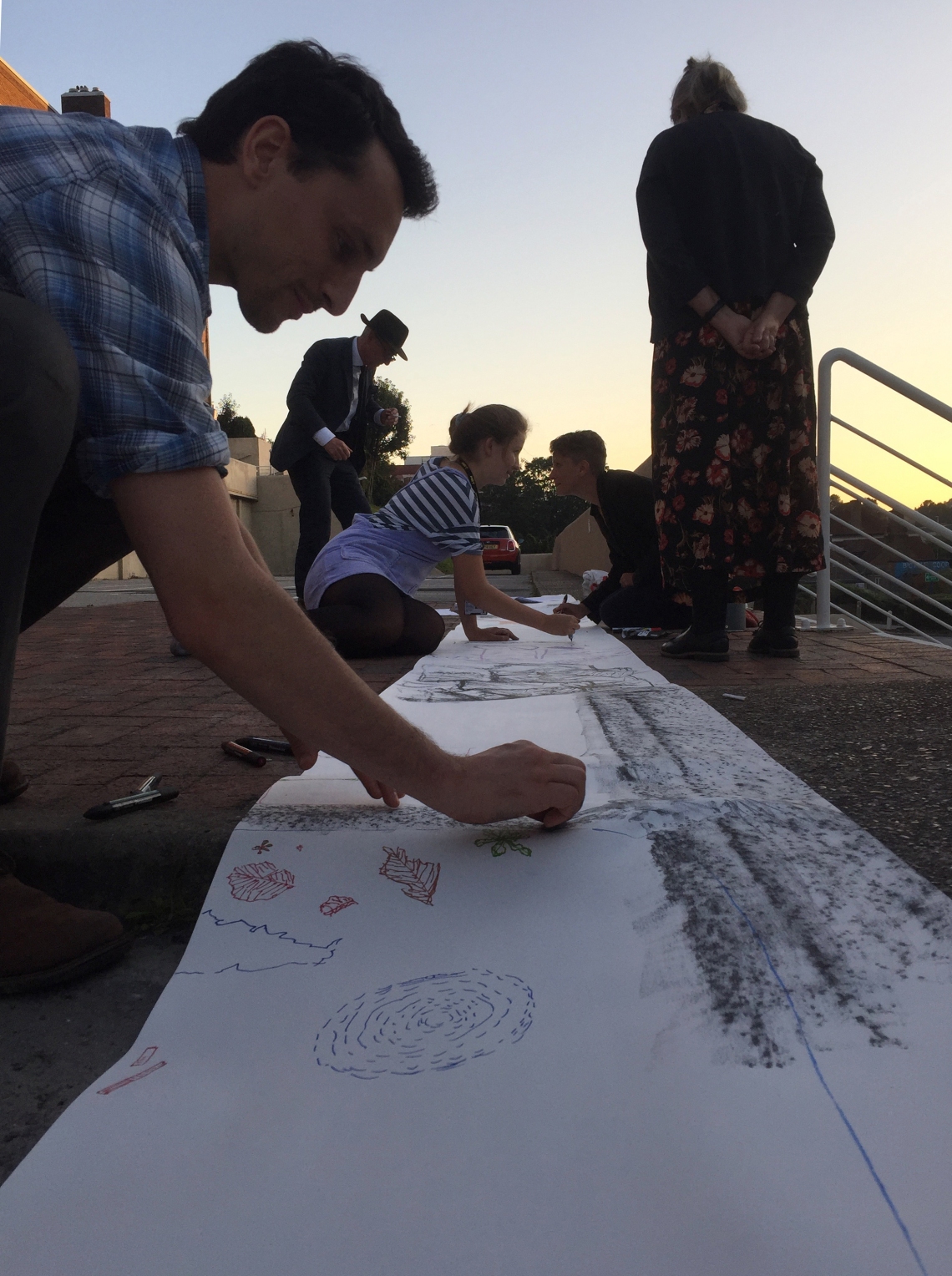 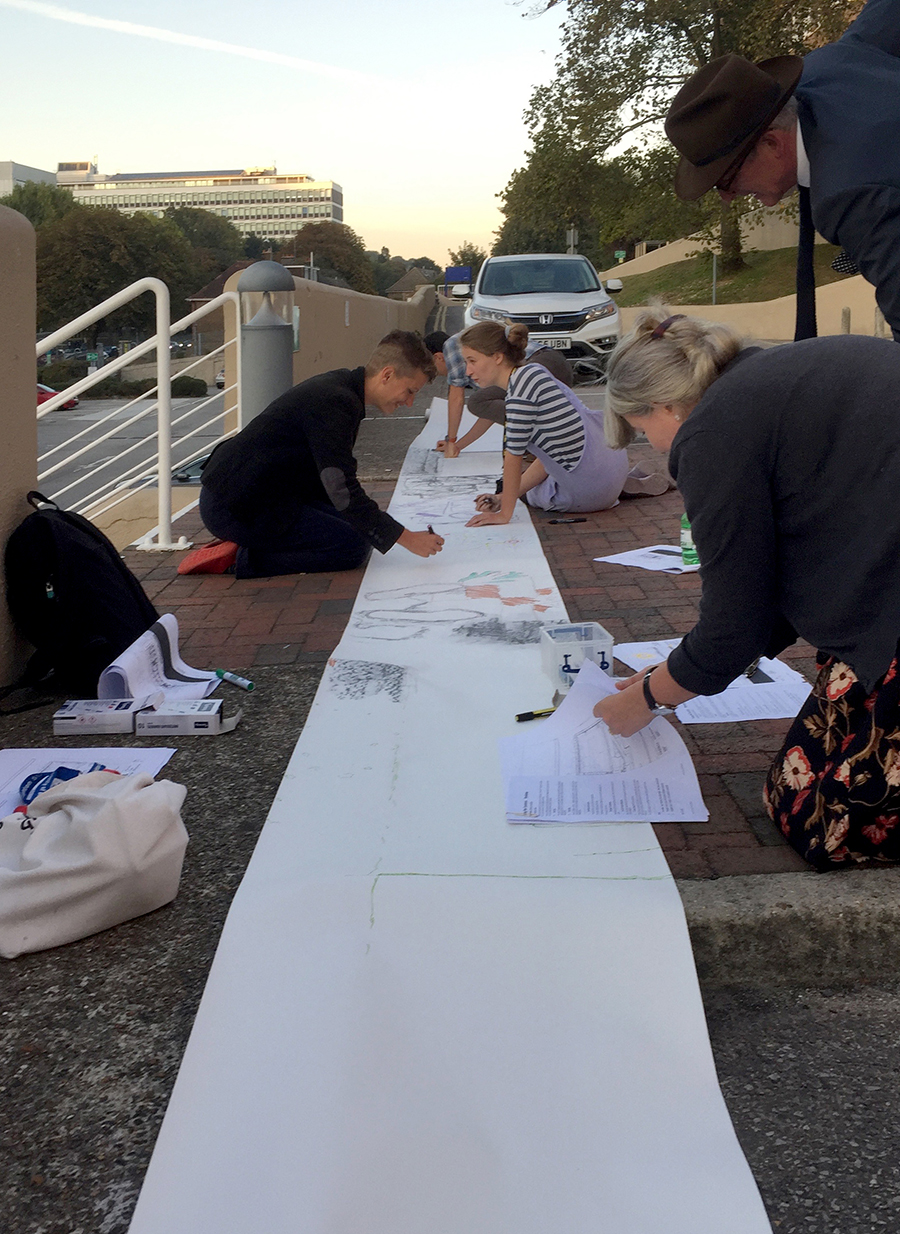 [1] David Bollier, Think Like a Commoner: A Short Introduction to the Life of the Commons (Gabriola Island, BC, Canada: New Society Publishers, 2014).

[6] Gerrard Winstanley and John Taylor, The True Levellers Standard Advanced; or the State of the Community Opened, and Presented to the Sons of Men by J. W., W. Everard … Beginning to Plant and Manure the Waste Land Upon George Hill … In the County of Surrey. [with Preface by J. Taylor.] (London, 1649).